I spent the last year of Jim’s life searching the internet for a clinical trial to save his life.  It was 2015 and he had been a cancer patient for almost 20 years.  He had taken early retirement and was now running up and down the basketball court refereeing school basketball games.  I don’t know how he did it.

We had heard that there was a new cancer immunotherapy utilizing T-cells in a clinical trial. This gave us a glimmer of hope.  I had discovered by then that it was difficult to be accepted into a clinical trial; so many desperate patients and so few available slots.  You almost had to know someone.  As it happens, Jim’s doctor did know someone, the doctor who was running the CAR T-cell therapy clinical trial at Memorial Sloane Kettering Hospital in New York.  Mass General did not offer this trial back then, but the therapy is now offered right here in Boston.  Good article on the therapy here:

Jim was seen at MSK in October of 2015.  Unfortunately, he was too sick by then to receive the therapy.  I remember the doctor’s words “You have a good 6 weeks or so of life left.  I don’t want to take that away from you.”  Jim, on the other hand, completely ignored those words and went home determined to build himself up so that he could go back to New York in January and take part in the trial.

One of the most difficult things for me and the rest of the family was that Jim never accepted that he was dying.  As far as he was concerned, he was going to beat the cancer. This was his way of coping.  He never lost hope.  So we supported him in his fight.  We raised funds for the Leukemia & Lymphoma Society https://www.lls.org/ (another great resource), we printed tee shirts and we never used the word “hospice.”  He died in January of 2016.  His last words to me were “I don’t know why you are upset, I am going to beat this.“ 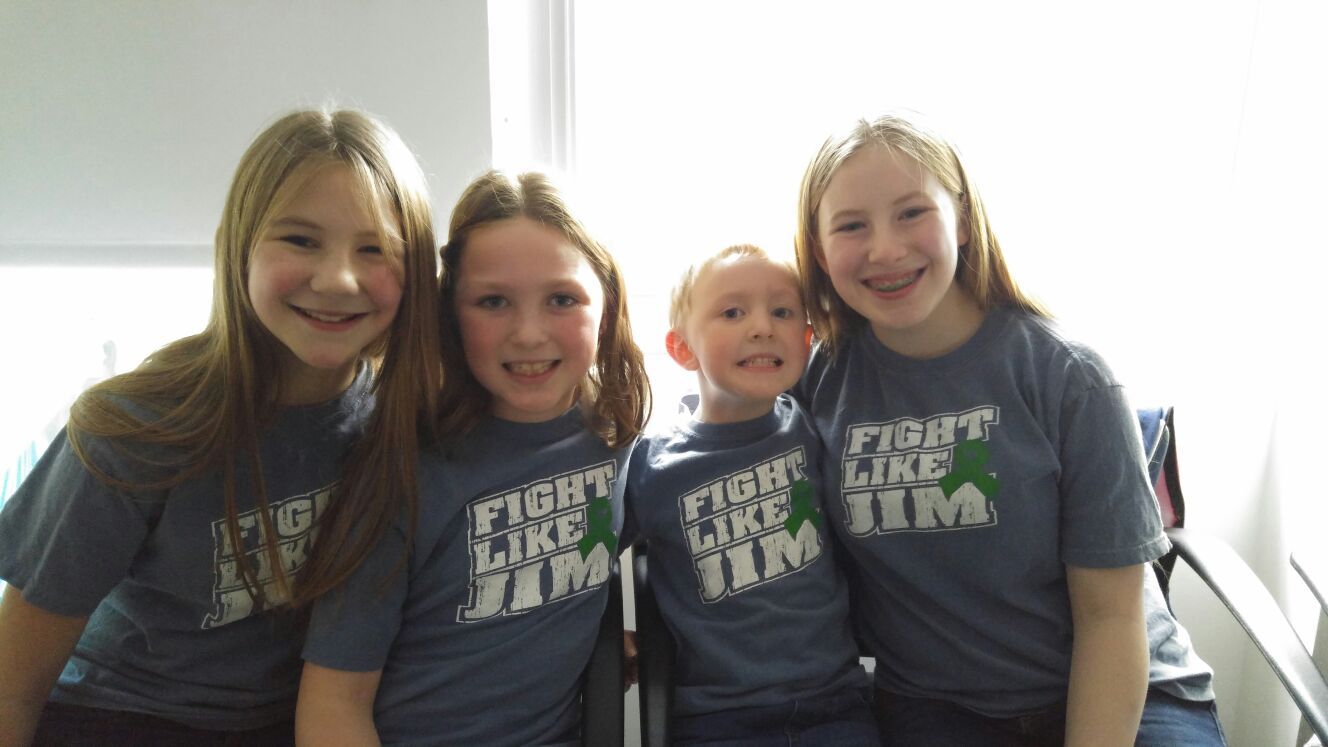 A word about clinical trials…  be prepared to do the research yourself!  I discovered that doctors cannot do this work as it is very time consuming.  Unless the clinical trial is being run at his or her hospital, he probably will not know about it.  I used the searchable registry http://clinicaltrials.gov.  It is wonderful and up to date.  When you find a good fit, contact the trial team directly.  Fast.  Do not worry about “bothering” them.  This is a life you are trying to save!  Of course, discuss it with your doctor, but don’t expect him to do the work for you.

P.S.  I have no medical qualifications, but feel free to contact me if you need help with your journey.